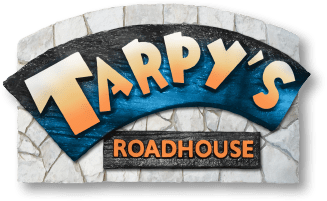 Tarpy’s is the real deal; five-star, American country comfort food, pure and simple. Here, handcrafted classics are served with a heavy helping of creativity amidst rustic stone backdrops, elegant patios and lush gardens. Expect one-of-a-kind flavors and generously portioned classics like ribs, steak, fresh seafood, wild game, and some of the tastiest meatloaf around.
The name Tarpy comes from Matt Tarpy, an Irish settler who in his day, was a well-liked vigilante living in present-day Watsonville. Tarpy sold a portion of his land to Sarah and Murdock Nicholson and not long after, a dispute ensued over property boundaries. Tarpy’s sense of summary justice got the better of him and he shot Sarah “accidentally” nine times! After being found guilty of killing Sarah, an angry mob decided it was Tarpy’s turn to pay. He was publicly hanged in an area now known as Tarpy Flats.
The beautiful stone building that is home to our 3.5-acre restaurant was originally part of the Ryan Ranch family homestead. The structure dates back to 1917 when Mr. and Mrs. Charles Ryan bought 454 acres of rolling hills and meadows, then known as Saucito Ranch, and built their dream home. Through the years the building changed hands — present owners Tony Tollner and Bill Cox opened Tarpy’s Roadhouse in 1992.