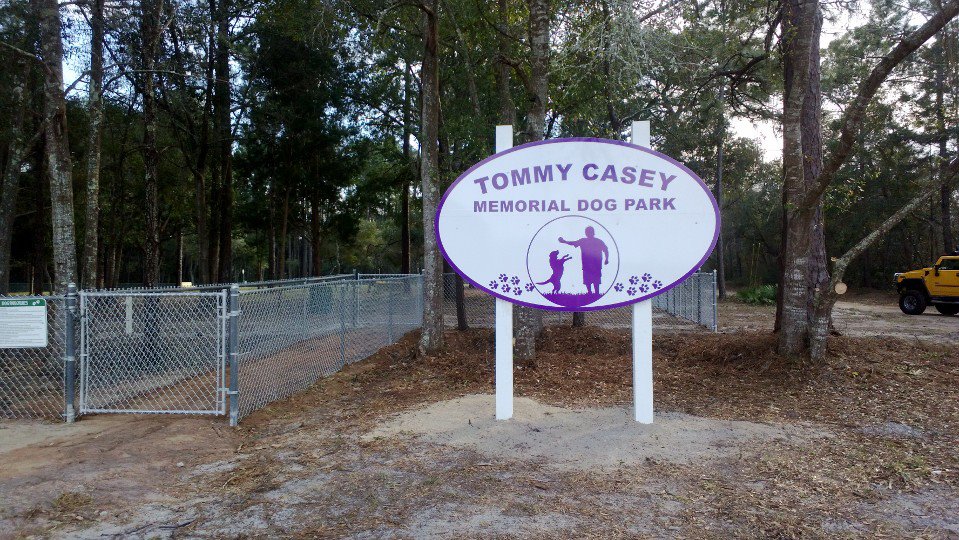 Who was Tommy Casey?

Tommy Casey was a sixth-grader from Kingsland who loved music, dragons, and all animals, especially his dog, Daisy. Animals large and small found a friend in Tommy. In January, 2011, Tommy died in an accident, leaving Daisy and an entire community behind to make sense of a seemingly senseless loss.

Tommy often spoke about having a house and yard big enough to hold all the abandoned and neglected dogs that no one else wanted. He wanted to be able to run free with his dogs, with the sun on his face and grass under his feet. Tommy’s family and friends can think of no better way to honor him that to make part of his dreams come true. This off leash dog park will be a place for dogs and their humans to be safe and run free.

Why a Memorial Dog Park?

The spirit of the dog park is not just to memorialize one boy; rather, patrons can elect to memorialize their own loved ones or beloved pets by contributing to the park on an ongoing basis. For example, patrons may elect to purchase benches, dog toys, or other donations in memory of their chosen human loved one or animal companion.