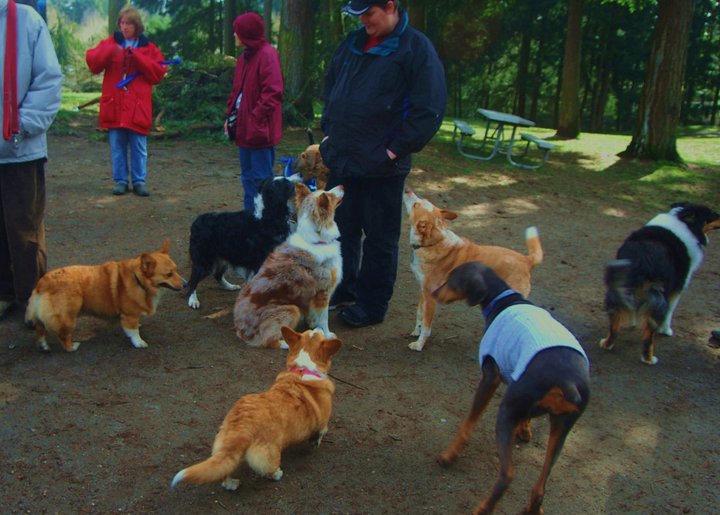 French Lake Park was formerly the site of a putt-putt golf course, Golfun, before it became publicly-owned in August 1990. The City of Federal Way and Lakehaven Utility District now each own half of the park, since Lakehaven has bought out King County Fire District’s ownership interest in the property. The City owns the eastern half of the park that contains the pond.

The property has been used as an informal off-leash park since the early 1990’s because it was large, fenced, somewhat secluded, and did not get much use by the general public. In the spring of 2005, dog-loving patrons learned that some residents and neighbors wanted modifications made to the park to attract more use by neighborhood residents and discourage off-leash use. In response, an informal but determined group organized to get the park officially designated as a legal off-leash park. The group chose the name “Park Pals” since it reflected the friendships that had formed among the people and dogs that frequented the park and their mutual love of the park.

Park Pals and its supporters testified, spoke, and attended numerous public hearings and meetings to convince the City to officially declare French Lake Park a city-approved  off-leash park. In July 2005, the City Council voted to allow a one year trial for off-leash usage.  After the successful trial,  Park Pals and its supporters convinced the City to officially designate French Lake as an off-leash park.

In June 2007, Park Pals incorporated as a non-profit organization so that we could pursue raising funds for park-related improvements and expenses. Our organization was granted IRS-approved tax exempt 501(C)3 status  in June 2010.