9 Reasons to Meet the Happy-Go-Lucky Havanese 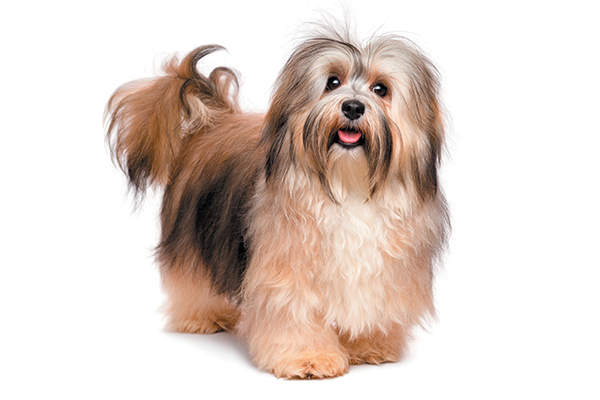 9 Reasons to Meet the Happy-Go-Lucky Havanese

Few breeds have become as popular as quickly as the charming . He makes a , always ready for the next adventure, whether by foot or carried in a fashionable shoulder bag. Here are nine fun facts about this high-energy breed.

1. The rich history behind the Havanese

The Havanese is the Cuban member of the international Bichon family, a group of mostly white, small, coated breeds that includes the Maltese, the Bolognese and the Bichon Frise. Although relatively new to the United States, the Havanese has a long and colorful history.

Spain exerted much influence over Cuba since the days of Christopher Columbus, and as colonization of the island began, the Havanese found its way into the homes and laps of Spanish aristocrats. The city of Havana, with its glorious weather, operas and theaters, became a favorite vacation spot for the European nobility, and when they returned home, they brought back the “little dog of Havannah” with them.

By the mid-18th century, the dogs became all the rage in the courts of Spain, France and England. Queen Victoria owned two Havanese, and author Charles Dickens’ Havanese, Tim, kept his seven children entertained.

Meanwhile, back on the island, the Cuban revolution of the 1950s, spearheaded by Fidel Castro, forced many to flee, some Cubans escaping with their families and dogs to the U.S. By the end of the 1970s, a Havanese gene pool was being rebuilt.

2. The breed has a heat-tolerant coat

The correct Havanese coat should be the texture of raw silk, full but soft and light. In its homeland, it insulated the dogs perfectly from the city’s strong, tropical rays.

The unique coat gave rise to alternate breed names like the Havana Silk Dog and the Spanish Silk Poodle. Because of the coat’s heat-resistant properties, it was never clipped, nor was the hair on the head tied up in a topknot, as the Cubans believed it protected the dogs’ eyes from the sun. Today, most owners favor a shorter pet trim for their Havanese and use a professional groomer to keep their beloved companions clean and free of mats.

Sometimes you’ll see an adult Havanese completely covered in long, tassel-like cords that resemble dreadlocks. Corded coats will separate on their own into wavy sections in young dogs and, in time, will develop into cords. Owners of corded Havanese love this dramatic look, and the breed standard allows for both corded and brushed coats.

4. Havanese dogs come in a variety of colors 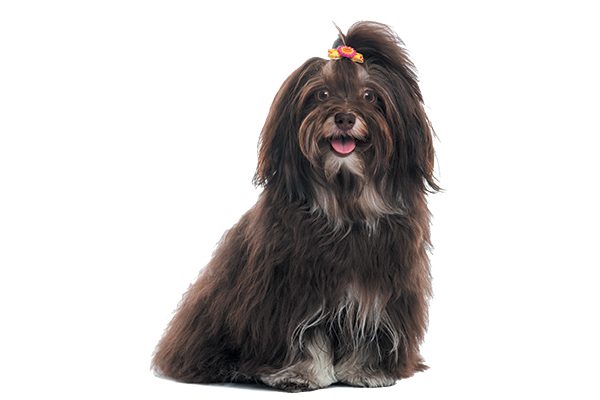 While the and the come in basic white, their Cuban relation enjoys a carousel of color. You’ll find a range of shades from black, dark blue, gray and chocolate to rich gold, pale cream and white. Parti-color or two-tone Havanese — black and white, gold and white — are especially popular.

5. The breed has a unique backline

While most dogs have a level back, the back of the Havanese rises slightly from the top of his shoulders to the tail.  You may not be able to see the rise on a full-coated dog, but if you get your hands under the coat, you will feel it.

Also unique to the breed is its springy style of movement, which is the result of a short upper arm and the push or drive from the back end of the body. You will see the black pads of the feet when a Havanese moves away from you. The Havanese spring gives the dogs a particularly proud and jaunty air.

As the Havanese became established in this country, some breeders felt the dog was straying too far from its Cuban roots. They wanted to recreate older depictions of the breed based on paintings, sculptures and written descriptions.

They refer to their dogs as Havana Silk Dogs and breed for longer, straighter forelegs; a flatter, silkier coat; a longer muzzle; and smaller ears. Although they have created a national breed club, the , they are not at this time actively seeking recognition from the American Kennel Club as a separate breed.

describes temperament in the breed standard this way: “The Havanese is friendly, playful, alert and intelligent with a sweet, non-quarrelsome disposition.” They are a wonderful apartment dog and a joy to live with. However, it is a breed that thrives on human companionship and wants to be nearby. 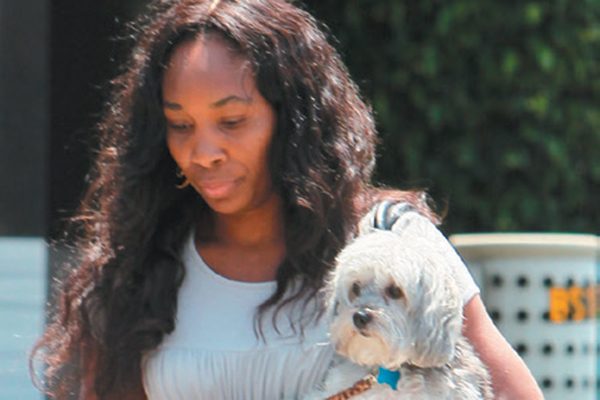 The Havanese is an elegant, portable, jet-setting little dog that has won the hearts of many celebrity A-listers. Tennis player Venus Williams owns a Havanese named Harold Reginald Williams. Media mogul Barbara Walters dotes on her Havanese. Others who have fallen for the charms of the Havanese include
Jane Fonda, Susan Sarandon, Jennifer Love Hewitt and Naomi Judd.

Allan Reznik is a journalist, editor and broadcaster who specializes in dog-related subjects. He is the former editor-in-chief of Dogs in Review and former editor of Dog Fancy magazine. A city dweller all his life, on both coasts, he now enjoys the rural South with his Afghan Hounds, Tibetan Spaniels and assorted rescues. 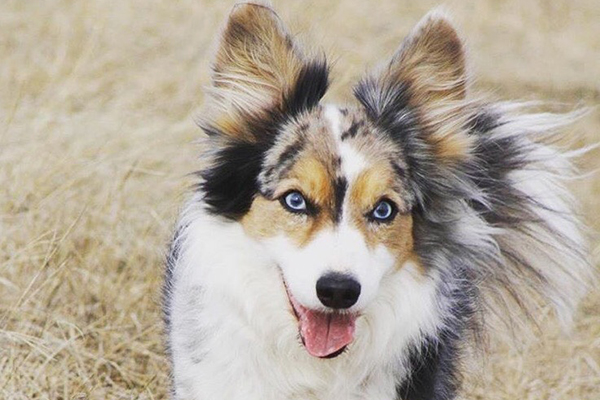 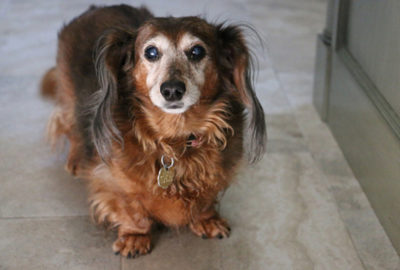 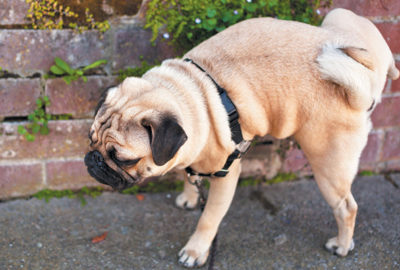 The Top 6 Urinary Diseases in Dogs 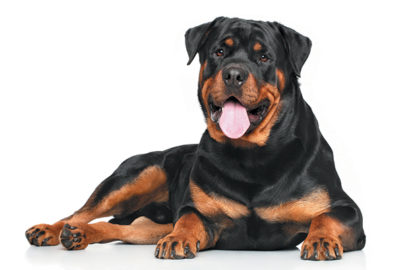 What to Know About Rottweilers 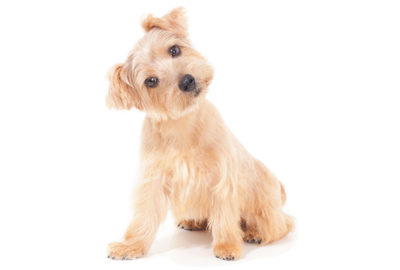 FYI: Dog Pee Has Its Own Microbiome 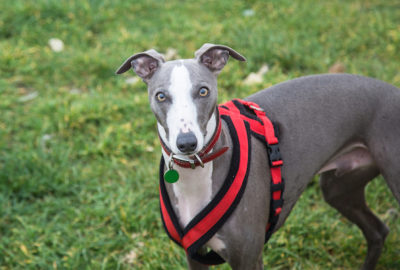